Natural deodorant is not a new thing, but the switch to natural deodorants is becoming a bit of a movement as of late. More and more people are switching to safer, natural alternatives to aluminium-laden antiperspirants.

What's the purpose of aluminium in antiperspirants anyway?

Aluminium is used to stop you from sweating. It works by plugging up your sweat pores so that no sweat comes out leaving you feeling high and dry, well really just dry. Did you know that sweat is actually odourless? What causes BO is the bacteria that treat our sweat like a buffet breakfast. Bit of a disturbing thought. Removing sweat to get rid of the smell sounds like a great idea because if there’s no food for the bacteria to feast on, then they can’t survive and without them around there's no smell. But no smell could come at a cost to your health.

Why we don’t want aluminium in our armpits 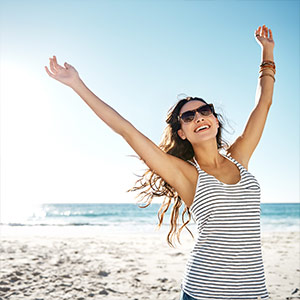 Well, there’s a few reasons. First of all, plugging up your sweat pores, other than being super unnatural, can actually prevent toxins from escaping the body. This is one of the many reasons that working up a sweat at the gym is so good for you, and why sitting in an infrared sauna has a lot of health benefits. These trapped toxins can end up clogging the lymph nodes around the armpit, which as you can imagine, is no bueno.

Secondly, it doesn’t feel right to use something used to build roofs to mess with a natural process, such as sweating. When an antiperspirant is applied, the aluminium gets absorbed into the thin skin of the armpit. For women that shave their armpits, applying antiperspirant straight after means it’s more likely to get absorbed into the bloodstream through nicks and scratches. On top of that, the concerns bouncing around the interweb (Google antiperspirants and breast cancer) make us feel more comfortable sticking to the natural side of things.

So what’s the deal with switching to natural deodorants? 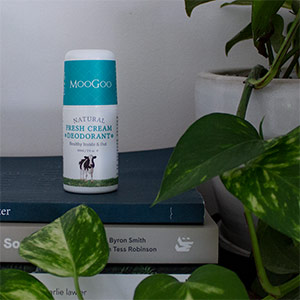 We hear from a lot of customers who start using our natural deodorant after a long history of antiperspirant use. After a few days, they start to think the deodorant isn’t working, but mostly they’re not used to sweating at all and haven't adjusted yet. Some of them even let us know that they became smelly. While this sounds bad, it’s actually a good thing. It means that your sweat glands are starting to detoxify after being clogged up for so many years. Hallelujah! We found that there's a transition period of about 2 weeks as the body adjusts to the new glorious freedom of natural deodorant.

We recommend reapplying the deodorant a few times a day as needed, and in about 2 weeks you’ll find that you don’t need to apply it as often anymore. We think that 2 weeks of transition is a small price to pay for a healthier body and peace of mind.

So, why don’t you do a 2-week Challenge?! Try replacing your everyday antiperspirant with our natural Fresh Cream Deodorant for 2 weeks and let us know how you go!